In the first nine months of 2015, the Intellectual Property Commission only resolved one file under the new law. 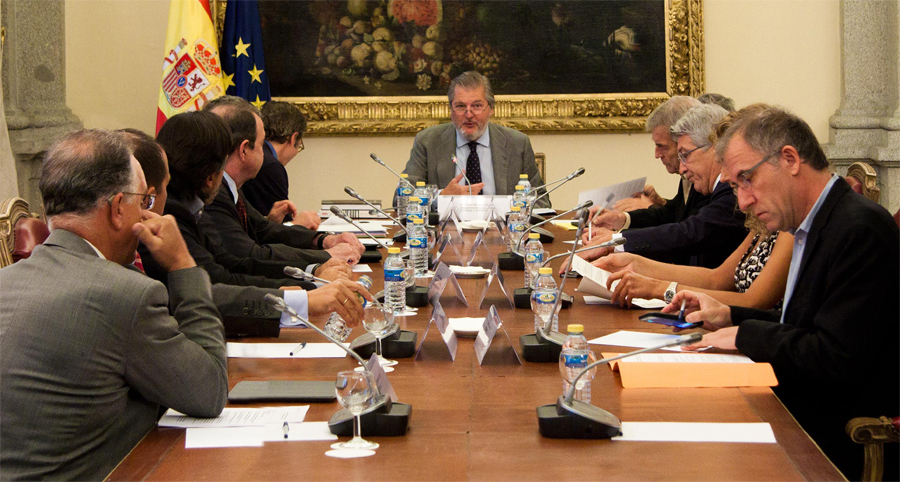 The presidents of the Coalition of Creators and Content Industries met on Wednesday with the Minister of Education, Culture and Sports, Íñigo Méndez de Vigo, accompanied by the State Secretary for Culture, José María Lassalle, and the Director General for Policy and Culture and the Book Industries, José Pascual Marco, to address the common concerns on the protection of intellectual property and the serious harm caused by digital piracy to the creators and content industries.

The Coalition especially notes the new attitude and the Minister’s commitment to «declare war against Internet piracy», and waits to see if results of the fight of this ministry against piracy prove to be real and consistent in the short term. After three years of bad performance of Section Two and nine months after the Intellectual Property Law amendment, driven by this government, came into force data are far from being in line with the countries in our neighbourhood. Presidents appreciate Méndez de Vigo stating that «Section Two of Intellectual Property Commission is giving results in the fight against piracy, although this is a scourge that we must eradicate and we must analyse together with the sector the new measures that can be implemented».

Official figures vs the sector’s reality

210 files out the 442 files submitted since 1st March 2012 were sent by a single author, as a theatrical act of sabotage to denounce that the rule would not be effective. From the remaining 232, 175 files -75.41% of the total- were submitted by the members of the Coalition of Creators and Content Industries, providing evidence of the proactive defence of their members from the publishing, music, film and game industries.

During the nine months that have elapsed since the entry into force of the Intellectual Property Law amendment on 1st January 2015, most representative associations of the music, film, publishing and game industries have submitted 17 files covering more than 50,000 works affected. To this day, only 3 files have been initiated and a single resolution has been delivered.

According to sources of the Coalition: «While the Minister’s and the State Secretary for Culture’s involvement and statements are promising, the essential thing of the meeting with the presidents of the industry is that tangible action results that helps curb the constant harm of which content industries and workers in our country are victims owing to digital piracy».