World Intellectual Property Day 2018: Spanish Senate host to talk about the challenges of intellectual property in the digital environment

A close collaboration between creators and content industries, internet services providers, social networks, search engines, payment methods and advertising agents, supported by the Spanish legislator and Government, seems to be nowadays a priority for the different public administrations and for the legislator: this is the best recipe to complete efficiently the protection of the intellectual property in the digital environment, according to the majority of the speakers in the session at the Senate, promoted by La Coalicion and the USA Embassy in Spain, on the occasion of the World Intellectual Property Day. 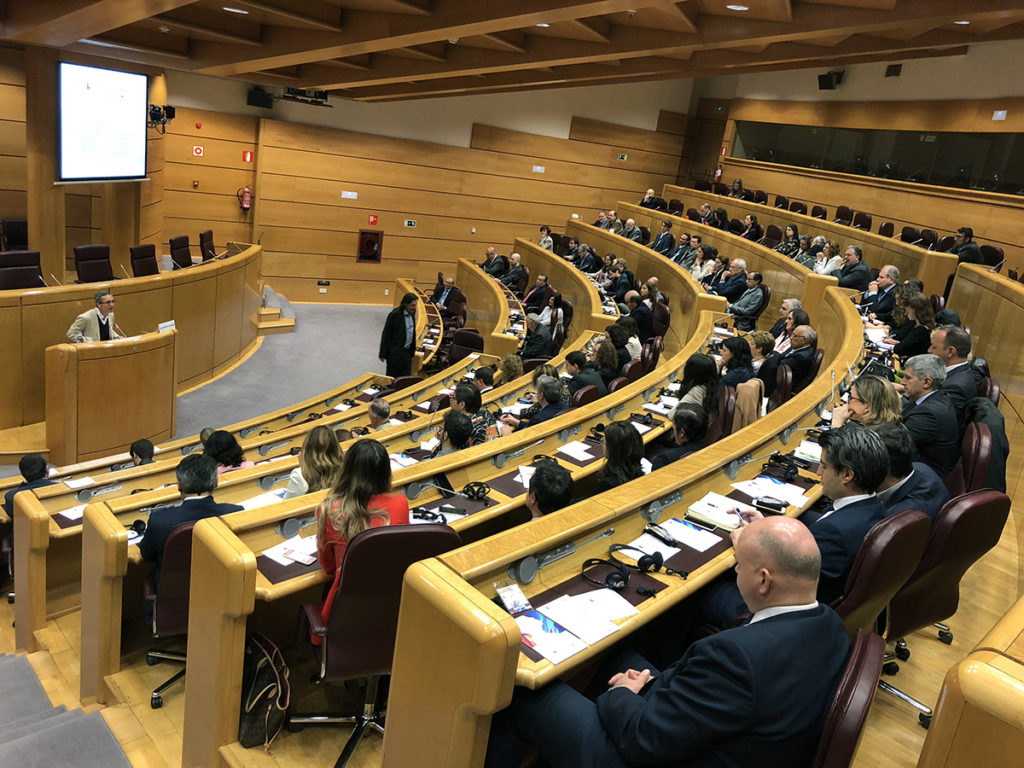 The Secretary of State of Education, Culture and Sport, Fernando Benzo, commented that the word “culture” appears up to fourteen times in the text of the Constitution, and reminded that it clearly states the obligation to protect it. “And this, precisely because of being so important, – remarked Benzo – can’t be done alone: for being more effective, as it is stated in the “Plan 2020”, we should collaborate with institutions, associations, market actors and even with other governments”.

“And to concentrate on that task we should find the balance between guarantying the juridical security for the content industries and the citizens’ access to culture. For this aim, we are working in depth on the educational area, key issue to achieve this aim, and in a voluntary code of conduct that we are going to subscribe with all internet services providers, not only to move forward in the legal fold, but also thanks to the voluntary, civic and solidary assumption of our responsibilities”, Benzo concluded, he has insisted on the improvements that he is still encouraging with the procedure of protection, safeguarded by the Secretary of State, which grants that he will continue prioritizing the resources to offer each time better results.

Jose María Lasalle, Secretary of State of the Information Society and the Digital Agenda, has commented about the data property circulating in the Internet and his close and current link to intellectual property, taking advantage of this event to make public a firm commitment to the Latin-American digital market of cultural and entertainment content.

Lasalle highlighted: “Data should have owners. If there is not ownership of data, it cannot be ownership of contents. “Algorithms only compile data, but do not create them”. “Even machines soon will be able to generate value and we will have to regulate who owns those data, who is the owner, because this is the strategic horizon, which raises a new theory about intellectual property and has asked the sector of contents to accept their leadership” the Secretary of State has concluded.

Susan Wilson, Intellectual Property Attachè of the USA Embassy in the European Union, has highlighted that “intellectual property is really the path to the freedom of expression and to the human rights’ respect”. She also highlighted that “we should do all necessary to achieve our aim and work together. There are many economic and political interests, so we have to work with all involved parties to protect efficiently the intellectual property. It is the only way to achieve higher economic growth, cooperation, talking to all parties to find a balance”. “Respecting intellectual property is getting ready for the future, to guarantee freedom and Spain has a golden opportunity to offer its highest potential on this issue”, Wilson has concluded.

After the institutional interventions, the panel of speakers  for “Priorities and Legislative Challenges of the digital Intellectual Property” has addressed the future challenges of intellectual property in a digital global market of cultural and entertainment contents.

Emilio del Rio, Secretary of Culture of the PP party, has remarked that the political, social and media context has changed a lot. “Not so many years ago, we had to fight for what it was evident, now fortunately, no one argues that we have to legislate to protect the intellectual property”.

Iban Garcia del Blanco, Secretary of culture and sport of the Socialist Party, highlighted that the intellectual property right is “the driving force that feeds the right for culture and therefore with no respect for the intellectual property right, culture loses its content”, adding his firm commitment to fight against piracy of contents and the need to request greater efforts from the government”.

Eduardo Maura, Spokesman of Culture within the Podemos party at the Spanish Congress, has explained that the legislation can be “the method to balance the huge business of these platforms that profit from texts, images and sounds we associate to our social networks”. “Defending intellectual property is not only fighting against piracy, but also against large corporations which profit with our comments, pictures, etc.”, Maura has concluded.

Marta Rivera de la Cruz, Secretary of RRII (International Relations) and responsible for culture of Ciudadanos Party, has requested “a new environment of collaboration between the Administration and the telephone service providers against piracy, because Spanish society is ready not only to understand but also to applaud this commitment”.

“It is unfair that we only get the crumbs and misery. With only 600,000 Euros in the general State budgets, the sector is exultant with joy. What could be done if we receive the double or triple? That’s to say, not especially big budget lines allow us to do many things, we have to change our mentality because culture is an essential element in our country”.

Rivera also highlighted that “it is still being unacceptable the time spent to block a web page of pirated content”, and also said “engine searchers and service providers will have to be more responsible for what they do”.

Carlota Navarrete, Coalition’s Director, has focused in the necessity to keep strengthening the material and human resources of the Second Section of the Intellectual Property Commission and to speed up the procedure, so that we can speak of real effective legal protection, reducing the current and true processing time (more than 200 days) to the planned deadlines  set out in the law (45 days), as it happens in other countries like Italy and Portugal. It has also been requested specialization of the judiciary officials, and improved and increased resources for the law enforcement agents, highlighting the special prosecution department we are all waiting for since it was announced in 2015 by the Spanish government.

“In Spain, intellectual and industrial property industries contribute with a 40% to the GDP and to employment almost with a 25%, so the impact of piracy on employment results in figures of potential 20,375 new direct jobs and 122,250 indirect jobs, as the Coalitions’ director has pointed out.

On the other hand, public funds has been prevented to receive in 2017, revenues of 575 million of Euros because of illegal accesses to content, which accounted for an accumulated of 3, 347 million of Euros since 2012”, Navarrete concluded.

The World Intellectual Property Day which takes place every 26th April has the aim of making known the role developed by the intellectual property rights in the enhancement of innovation and creativity. The campaign of the World Intellectual Property Day of this year, 2018, celebrates the talent, creativity, intellectual curiosity and value of those women who are driving change in our world and reflects our common future. Besides all organizers and speakers of this event have wanted to join to the acknowledgement of their work. 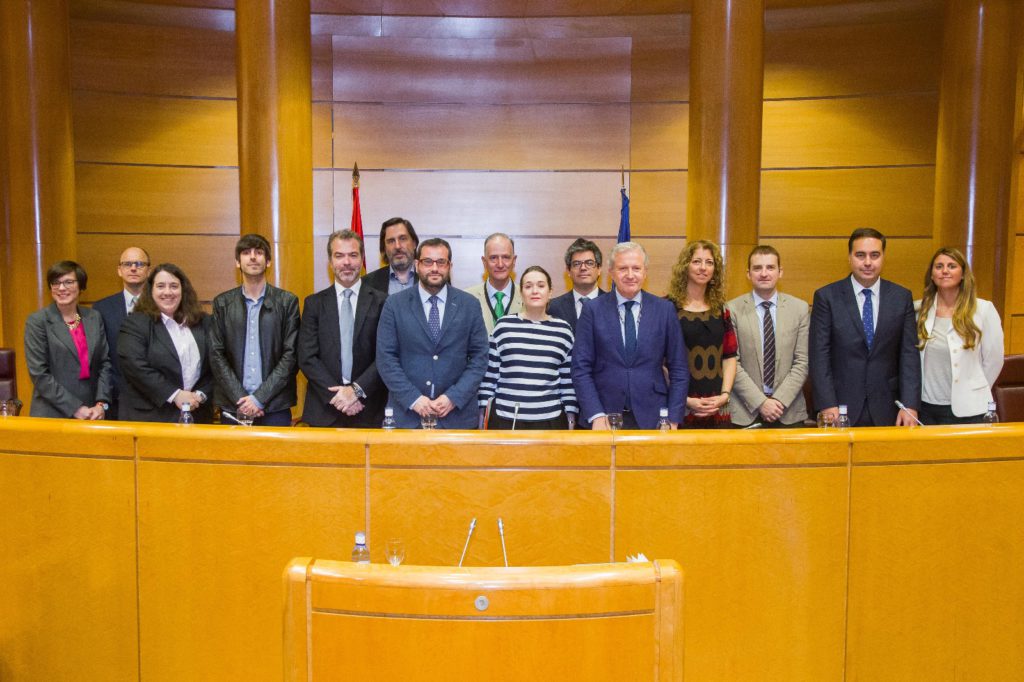